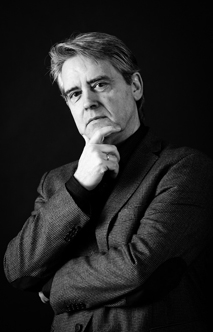 “…. Jose Miguel Rodilla artistic director and chief conductor of OSRM, made an effective and strict but inspired music direction in his first appearance in the zarzuela’s temple (Teatro Nacional de la Zarzuela, Madrid). Excellent was his concert version of the piece El relámpago by Barbieri.”

“In the unique Dvořák´s work lied the unique contribution of Maestro Rodilla. Of course, he had already captivated the audience in Chaikowsky; however, it was Dvořák´s 8th symphony, where we could fully appreciate his craft. On one hand, he convinced us by his calm, un-pathetic approach; on the other by the permanent, unflagging attention, which he devoted to – and by which he controlled – the entire orchestral plenum. His gestures were factual and particular; consisting sometimes of mere glimpses, at other times of expressive movements of an entire body. And on top of that all – elegance, and an electrifying brilliancy”

“The Hradec Králové Philharmonic Orchestra (FHK) opened its main „A” series of the season 2010-2011 in a grand style.

The right kind of inspiration was provided by a Spanish guest, Maestro José Miguel Rodilla, who appeared at the helm of the orchestra.

….the orchestra willingly let the conductor inspire it to play in a concentrated, expressive way.

The famous Ravel´s Bolero is, esentially, not too difficult to interpret as a parade of instrumental solos and fireworks of colours; but Maestro José Miguel Rodilla accomplished something much more genuine and interesting. With a great concentration and a refined restraint of a Spanish nobleman he steered the orchestra through almost imperceptible changes of dynamic levels. The unified sculpturing of the melodic phrases accentuated the suggestive rhythmical pulse, which, just by its iron discipline, slowly brought forward the feeling of surging excess pressure, which the conductor allowed to explode at last in the ecstatic conclusion.The audience reacted with their own explosion of ovation, bravi and stamping, which the Maestro and the orchestra truly deserved.”

” This concert wich was a true delight for those in attendance brought together some big names: the great Spanish conductor Jose M. Rodilla and the mexican pianist Gustavo Rivero, both of whom received bravos and applause from the audience and a special acknowledgement by the musicians of the conductor at the end of the program. With his good taste and making music with integrity and impeccable technique, the guest conductor stressed the elegance of the work. The role of the conductor deserves special remark, as he handled the dynamics very well and outstanding accuracy”.

” … Jose M. Rodilla conducted with flexibility and emotion The Murcia Symphonic Orchestra as a Music Director in the opera Carmen by Bizet. “

“… From a position of sobriety and work, the maestro Rodilla is obtaining an enthusiast instrument increasingly convinced in their artistic possibilities. “

” … And here it is necessary to speak about the guest conductor J. M. Rodilla, great maestro, elegant, concise, with a magisterial direction, without score, demonstrating well his talent as a fantastic conductor.”

” Genius from the spanish baton”

” The Spanish maestro Jose Miguel Rodilla managed to transcend the boundaries of the stage to connect with the audience through his brillant conducting of the Orquesta Sinfonica Nacional in the fourth concert of this season.

Rodilla’s conducting was very expressive and woke the attention and admiration of the incredible number of people who where present in the Gran Teatro del Banco Central.

The enthusiastic ovation of the audience, who refused to leave their seats was rewarded with two encores apart from the program”.